Come and join us at the annual ‘Run Banchory’ event at King George V Park, Banchory. The event takes place in early May with the main attraction being a scenic multi-terrain 10k race. The race route is predominately within the Scolty/Blackhall forest area.
There will also be a ‘1k fun run’ for school pupils between primary 1 and 7 and a ‘2.5k race’ for S1-S4 secondary school pupils. There are prizes, refreshments and a great community atmosphere!

The Start of the 10K Race is on the B974, opposite the first lamp post after the King George V playing. Runners will then head South over the River Dee bridge, round the sharp right hand bend and turn right towards Scolty Hill. Runners will then continue until the fork in the road. At the first fork in the road, they will bear right and follow the road which becomes a “forestry track”. Runners then follow the forestry track around the forest. The forestry track eventually becomes a tarmac surface again, and at the fork runners bear right onto the same road as the outward run. They will then turn left down the steep steps onto the B974. Runners will then turn right through the Playing Field gates to the finish in the King George V playing field at the football pitch line.

The terrain is one which is approximately a 50% mix between tarmac and forestry road with only a few metres at the start and end being on grass. The forestry track is predominately hard packed with land rover trails at the initial entrance of the route. Trail shoes and standard supported running shoes will be suitable for the race. There will be a water station at the half-way point of the route as runners come to the end of the hilly elevation. The elevation gain is approximately 528ft/160.93 metres with the maximum elevation gain being 628ft/191.41 metres. 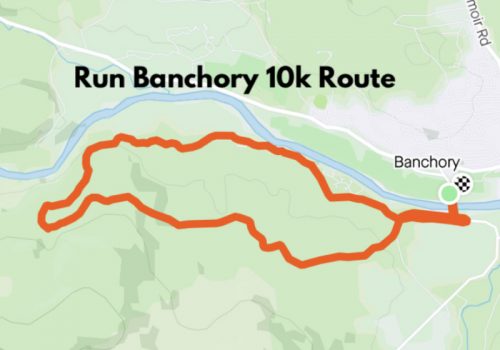 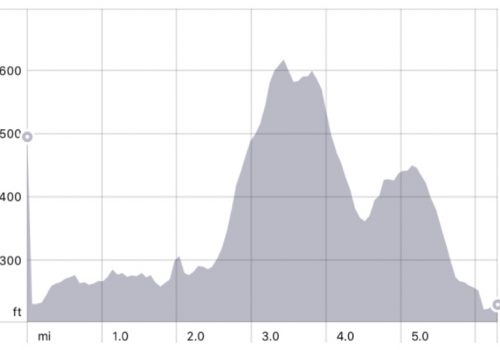 There will be a chip timing service provided allowing accurate results for all runners.